Chairman of the Board of Directors
CEO 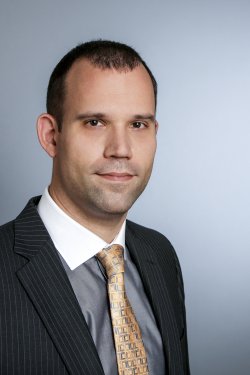 Jaroslav Výborný has been Chief Executive Officer and Chairman of the Board of Directors of the Czech Export Bank since March 2018. He was re-elected in July 2020. He joined the Bank in 2015 as Chief Risk Officer and Member of the Board of Directors. Mr. Výborný has 19 years of experience in the banking industry. He started his professional career in 2000 in Citibank in the division of small and medium businesses where he held various trade and risk management positions. In 2004 he became a manager of the credit department for SME. During 2006-2007 he worked in Česká spořitelna (member of Erste Bank Group) as the head of the department of approving credit risks for big corporate clients. At the end of 2007 he joined Komerční banka (member of Société Général Group), first as the head of the sector management of credit risks for selected fields (power engineering, mechanical engineering, automotive industry, metallurgy etc.), then in 2011 he became the deputy director for credit risk management. At this position he was responsible, among other things, for the sectoral management of risks inside the bank and he acquired wide experience with export and project funding, in particular in the field of power engineering. Mr. Výborný graduated from University of Economics in Prague, with a major in Finance and Accounting. Later he also acquired the title of MBA in the program of CMC Čelákovice / DePaul University Chicago. 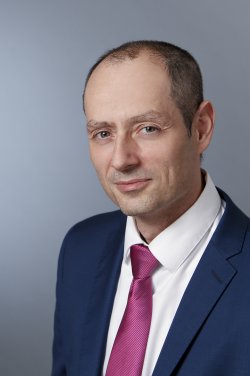 Mr. Holan graduated from Czech Technical University in Prague, Faculty of Electrical Engineering. In 2002, Mr. Holan started his career in Citibank ČR, where he participated in many interesting projects and worked at different risk management positions within the Corporate Banking Division. He worked for Deloitte ČR from 2007 until 2008 and then joined Commerzbank in January 2009, where he worked in the field of risk management with the main focus on restructuring and workout. In ČEB, a.s. he has been Head of the Credit Risk Department since July 2015. Since August 2018 he has been Deputy CEO responsible for credit risk management and a member of the Board of Directors of ČEB, a.s., in July 2020 he became its Vice-Chairman. 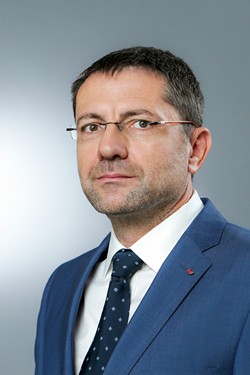 Graduate of the University of Economics in Prague, Faculty of Business Administration. Jiří Schneller began his professional career in the import and export of yarns and chemicals, and later moved into foods. He subsequently gained a wide range of experience in the field of marketing, and for the past 20 years he has been working in the financial sector. He began his career in finance in 2000 at AIG. There he served in a number of senior positions, such as director of the accident and travel insurance division, and also director of direct marketing for the Czech Republic and other Central and Eastern European countries, to name just a few. Between 2005 and 2006, he worked as the head of external services at AXA, and in 2006 he became the general manager for the Czech Republic and Slovakia at the ACE European Group. It was him who had also established the Czech branch of the company. From 2010 to 2012, he was chairman of the board of directors and also held the position of CEO of Aviva Insurance Company. Jiří Schneller has also been a member of the supervisory boards of several financial and intermediary companies. In 2012, he became chairman of the board of directors and CEO of AEGON, and served in these roles until 2019. In August 2020, he was appointed a member of the board of directors and also deputy CEO for finance and operations at the Czech Export Bank.