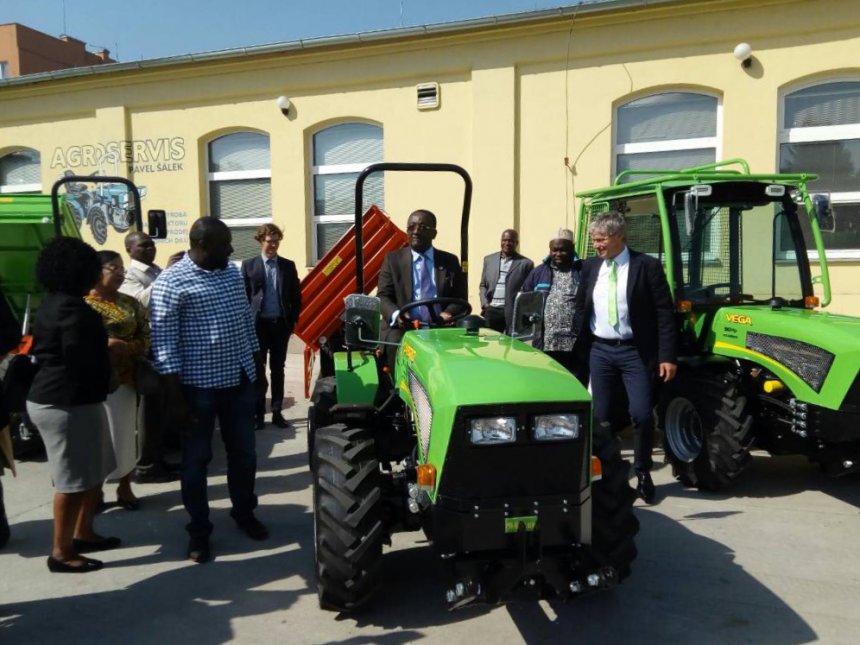 Officials from the Czech Export Bank have paid a visit to Ghana to explore investment opportunities in the agricultural sector.

They also sought to identify how the bank could support the country to attain a higher level of self-sufficiency in the agricultural sector.

The officials were in the country at the invitation of the Minister of Food and Agriculture Dr Owusu Afriyie Akoto.

The officials also explored opportunities in respect of the government's One district One factory (1D1F) programme to boost the manufacturing sector.

The officials also met with the Minister of Finance Mr Ken Ofori Atta; the Minister of Roads and Highways, Mr Kwasi Amoako Atta, and the Governor of the Bank of Ghana, Dr Ernest Addison.

During the meetings, they discussed a wide range of issues, including how the Czech Exim Bank could support Ghana's agricultural and export sectors, as well as other areas of interest.

During a courtesy call on Dr Akoto in his office in Accra, the officials expressed the readiness of the Czech Exim Bank to support the agricultural value chain to boost agriculture in the country.

The Chief Executive Officer of the bank, Mr Jaroslav Vyborny, explained that the Czech Republic had a long tradition of agriculture and that they were in the country to seek partnerships with Ghanaian agribusinesses.

He said his country was noted for technology in agriculture and that they were in the country not only to seek partnerships but also look at options for technology transfer in the agricultural sector.

“We are also here to provide tailor-made solutions in terms of financing specific projects,” he explained, adding that in all the interactions with government officials, “we have been discussing the needs of your economy and solutions we can offer”.

He said, for instance, that the Czech experience in the poultry sector could provide a solution to complex problems, from production through the value chain.

Welcoming the team, Dr Akoto said he was happy that the team accepted his invitation and told them that there was a huge opportunity in the agricultural sector for investors.

Dr Akoto bemoaned the virtual collapse of the poultry industry in the country, recalling that 20 years ago Ghana used to export poultry products.

He said in the poultry sector, for instance, there was huge opportunity for investors, adding that only five per cent of the country’s needs was provided locally.

Dr Akoto said currently Ghana spent about €2.3 million annually to import meat into the country and described the situation as unacceptable.

He said the government was very keen to revive the poultry industry, not only for foreign exchange "but also as a huge generator of jobs that can address the unemployment situation in this country".

The visit of the officials was a follow up to an earlier one undertaken by Dr Akoto to the Czech Republic to gain first-hand knowledge of the agricultural value chain technology in that country.

During his visit, the minister toured demonstration farms and agricultural machinery manufacturing companies and held discussions with government officials on how the government of that country could help Ghana revolutionise the agricultural sector.